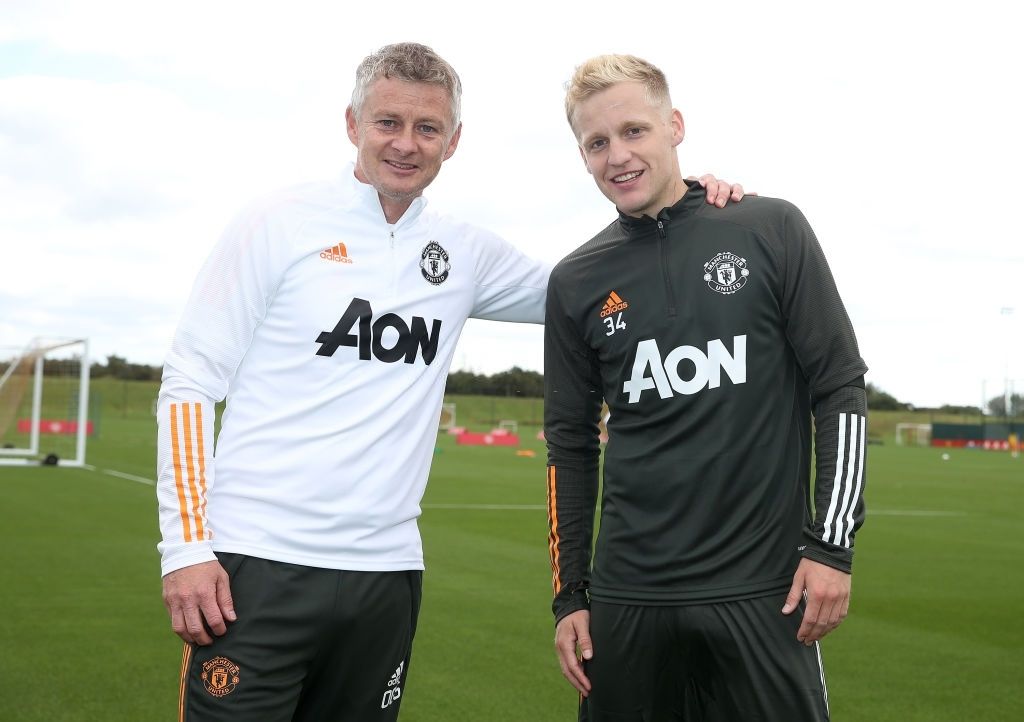 Manchester United begun their Premier League fashion in a disastrous fashion, falling to a 3-1 defeat at home to Crystal Palace and new signing Donny Van de Beek has come out to voice his displeasure.

The Dutch international has been the only signing for the Red Devils so far this summer, arriving from Ajax for the sum of £35m and he began his United career in the best way, coming off the bench to score but still ended up on the losing side.

The goal made him the 20th player to score on their debut in United’s history and the 10th to do so as a substitute but the 23-year-old was not satisfied with his side’s performance and the nature of the defeat. 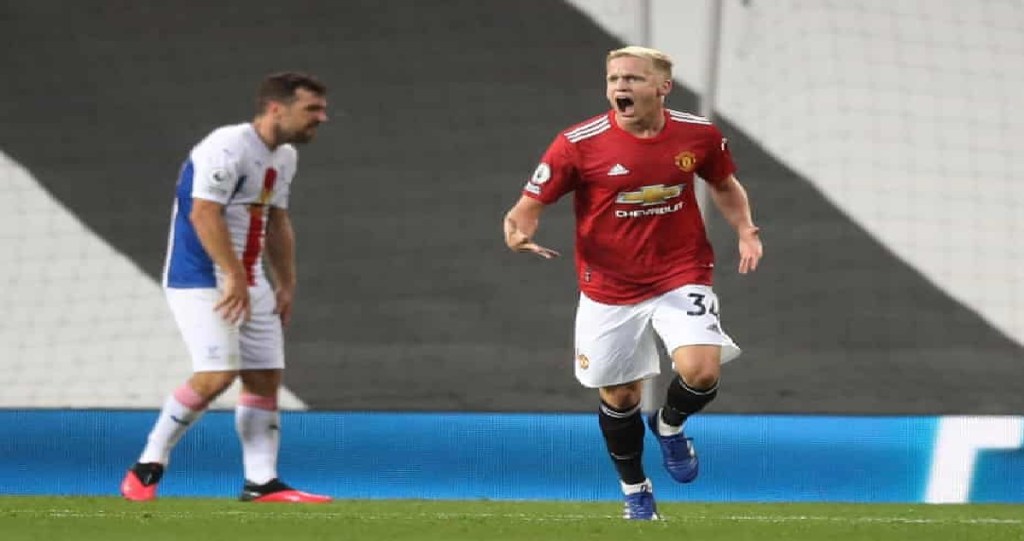 Van de Beek was a 67th minute replacement for the ineffective Paul Pogba and took just 13 minutes to open his United account when he converted from close range after an error by Joe Ward to half the deficit.

It was, however, not enough, as Wilfred Zaha  put his former side to the sword with his brace to ensure Crystal Palace got consecutive Premier League victories at Old Trafford for the first time in their history.

“My first match for the club and then you want to win,”

“It doesn’t matter how you want to win.

“I’m really disappointed that we {sic}lose 3-1 at home. I think it’s really bad.

“Yeah (we did not have as much match sharpness as Palace) but last week in training we did really well.

“We trained good, so my feeling was really positive. But, yeah, today we played too slowly.

“We went too long with the ball and I think against an opponent like Crystal Palace you need to speed up the game to create something. That was not good enough.”

He also addressed the fact that he scored his first goal for the club at an empty stadium.

“To play for all the fans in stadiums like this it’s more nice to score,” he said.

“But still I scored but we {sic}lose and this is the most important thing, that we win.

“We lose but it’s always really nice to play for a club like this.

“I made my first game and I hope to help the team and next time that we win, for sure.”

Fans are still not allowed inside the stadiums owing to the COVID-19 pandemic and it is unknown when it would be safe to allow supporters back inside.

Manchester United would next be in action on Tuesday when they travel to Luton Town for their EFL Cup third round clash.

Everton manager Carlo Ancelotti is optimistic about his side’s chances and has stated that his players have started showing glimpses of how he expects them to play.

The Toffees have been among the biggest spenders in recent years but have woefully underperformed and their 12th position last season was their worst league performance for almost two decades.

However, heading into the new season, fans have reason to look ahead with optimism that their side can finally achieve greatness and their bright start to the campaign would only help reinforce this belief.

The signing of James Rodriguez from Real Madrid was a statement of their intent and the Colombian international has settled in nicely at Merseyside.

He has played a key role in Everton’s consecutive Premier League victories, with a convincing 5-2 win over West Brom following their first victory over Tottenham since 2011 on matchday one.

Striker Dominic Calvert-Lewin has been in free-scoring form and scored a hat-trick in the victory over the the Baggies to take his tally to four goals from just two matches, while James Rodriguez also opened his account at the Hawthorns.

Alongside the duo is Richarlison and although the Brazilian is yet to get off the mark, he already has two assists to his name.

The attack is not the only source of positivity, as players like Lucas Digne, Gylfi Sigurdsson, Alex Iwobi, Seamus Cole, Abdoulaye Doucoure also offer real quality.

The Premier League would continue this weekend, with the marque clash seeing Chelsea face champions Liverpool at Stamford Bridge, while Manchester City would travel to the Molineux to take on Wolverhampton Wanderers.

Pep Guardiola’s side would be wary of the threat posed by Wolves, with the West Midlands side having caused them trouble in recent years, including becoming only the second side to do a league double over Guardiola.

Diogo Jota: Liverpool agree £45m to sign forward from Wolves
Chelsea vs Liverpool: Antonio Rudiger transfer on the cards with centerback left out of matchday squad