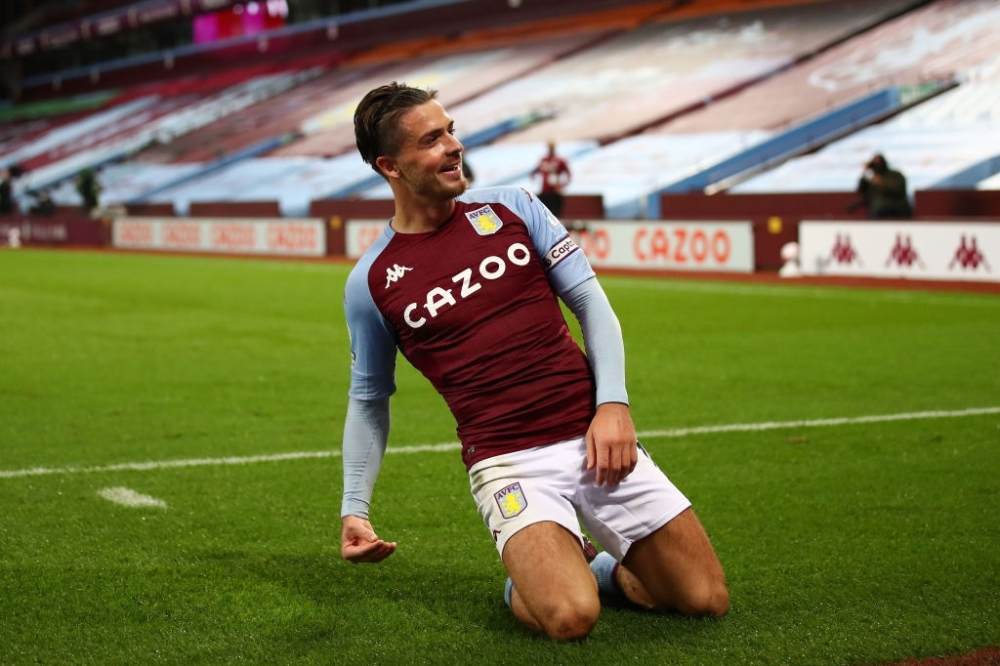 There is nothing fans love more than seeing an academy product making a name for himself in the first team and Jack Grealish more than fits the bill of being ‘one of our own’.

The 25-year-old joined the Aston Vila academy in 2001 aged just six and he has since gone on to become a mainstay in the senior team, becoming club captain along the way.

It has not always been smooth sailing for him, however, and he initially struggled to break into the Villa first team, leading to a one-year loan spell to Notts County in League One (where he made his debut just a day after signing).

His performance at Meadow Lane (five goals and seven assists from 37 appearances) convinced the Aston Villa hierarchy that Jack Grealish had what it took to succeed at the highest level and he was subsequently blooded with the senior side in the 2014-15 season, making 17 league appearances in what was his breakout campaign.

Just a year later, he set an unwanted record of losing all 16 matches he appeared in during the season and suffered the ignominy of relegation at the end of the campaign.

It would be three long years before he could showcase his abilities in the Premier League once again. 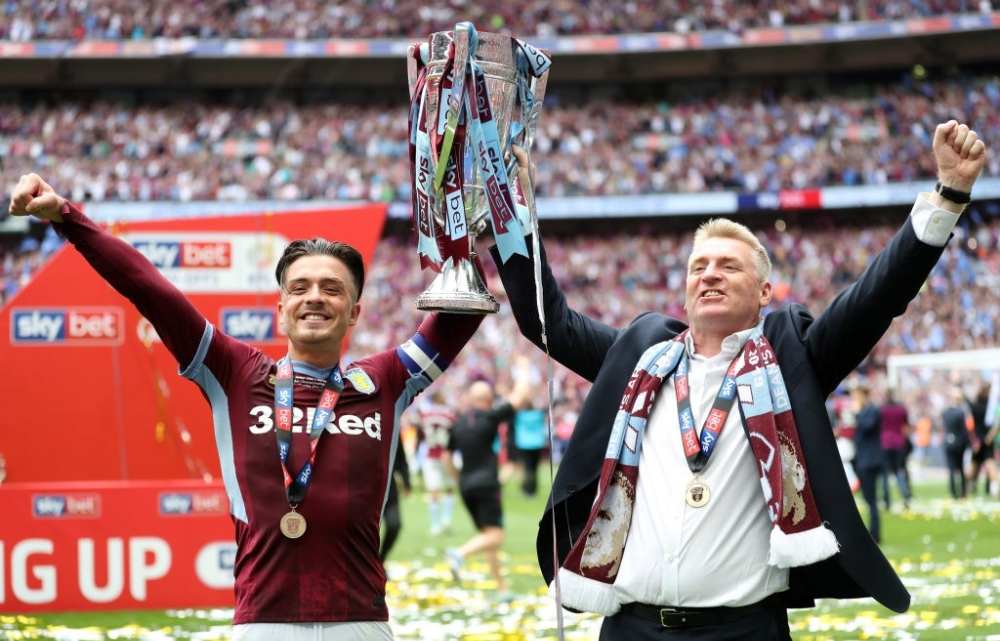 From his tender years, Grealish showcased his abilities and big things were expected of him, moreso when the Villains got relegated and the midfielder had the burden of expectation thrust upon his young shoulders.

Fans of Aston Villa pride themselves as being one of the biggest clubs in England and while their recent record might not back this up, the West Midlands side are among the more traditional sides in the land.

As such, it was far from ideal that they were competing in the lower tier – after participating in every one of the first 24 Premier League seasons – and Jack Grealish understood this more than anyone else, having been a lifelong fan of Aston Villa.

The quest for promotion was very much a personal battle for him and he stepped up to the challenge squarely and acted as the chief driving force of the club’s bid for promotion.

He was also named club captain as the side ended their three-year absence from the Premier League by winning the playoff against Derby County in 2019. 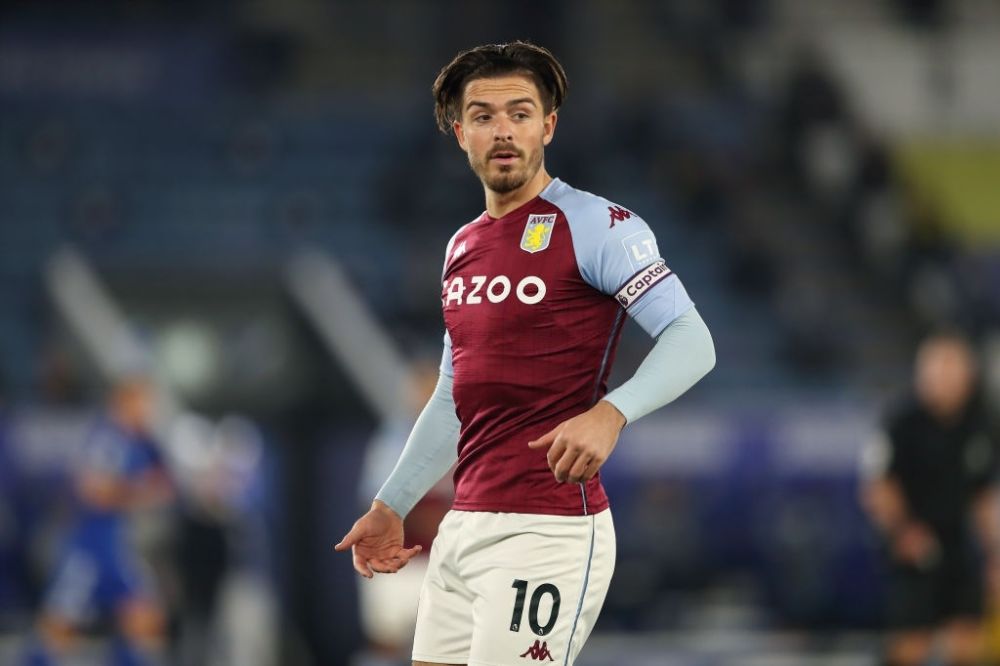 Jack Grealish returned to the Premier League with a bang

With Aston Villa having secured their pride of place among the elite of the Premier League once again, all attention now turned to whether they could preserve their top-flight status.

Regardless of pedigree and history, newly-promoted clubs traditionally have a hard time staying up after securing promotion.

This is best exemplified by the fact that in all but three of the 28 seasons of the Premier League, at least one or more of the promoted sides suffered an immediate relegation.

For most of the season, it looked like Aston Villa would continue this unwanted trend and they spent majority of the campaign in the dropzone.

For all their attacking output, the Villa Park outfit were let down by a soft underbelly, while they were also marshaled by misfiring forwards including Mbwana Samatta.w

Furthermore, club-record signing Wesley was sidelined with an injury. The one shining light from their campaign was the performance of Jack Grealish. 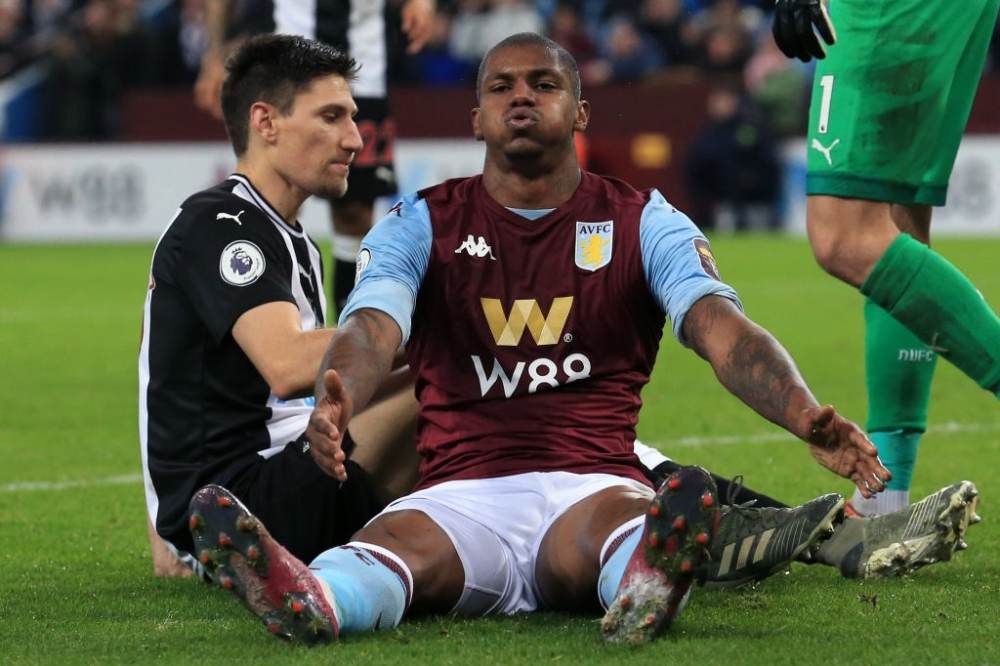 In many ways, the Aston Villa number 10 had a date with destiny to cement his legacy in the club’s annals.

It was after he was named club captain in March 2019 that he inspired the side to a club-record run of 10 consecutive wins – having won just two of their previous 14 games – to finish 5th and eventually secure promotion.

Having struggled for most of the season to find consistency, Dean Smith benefited from the COVID-enforced lockdown and perfected a strategy to help his side avoid the drop.

His side became more compact at the tail-end of the season and picked up memorable results, including a 1-0 home victory against Arsenal on the penultimate weekend.

Despite this, they still entered the final day in a precarious position and needed to get a result against West Ham to avoid the drop and it was none other than Jack Grealish who stepped to the plate and ended his 12-game goalless run by scoring in the 84th minute to secure a 1-1 draw that guaranteed his side’s top-flight status.

This was not just a one-off and throughout the campaign, Jack Grealish was one of the most consistent performers in the league.

He trailed only the majestic Kevin de Bruyne for chances created last season (91), while he also weighed in with eight goals and six assists from 36 Premier League appearances – this would have been more had his teammates operated on a similar level.

Most chances created in the 2019/20 Premier League season

The 25-year-old was not just limited to attacking output though and he also put in defensive shifts. He won 29 tackles with a success ratio of 66%, made 22 interceptions, 188 recoveries, and won 289 duels.

Jack Grealish is a highly-skilled attacking midfielder, with his dribbling, pace, vision, and shooting accuracy ensuring that he dictates the tempo of matches.

He was also the most fouled player in the league and was duly listed among the nominees for the PFA Young Player of the Year. 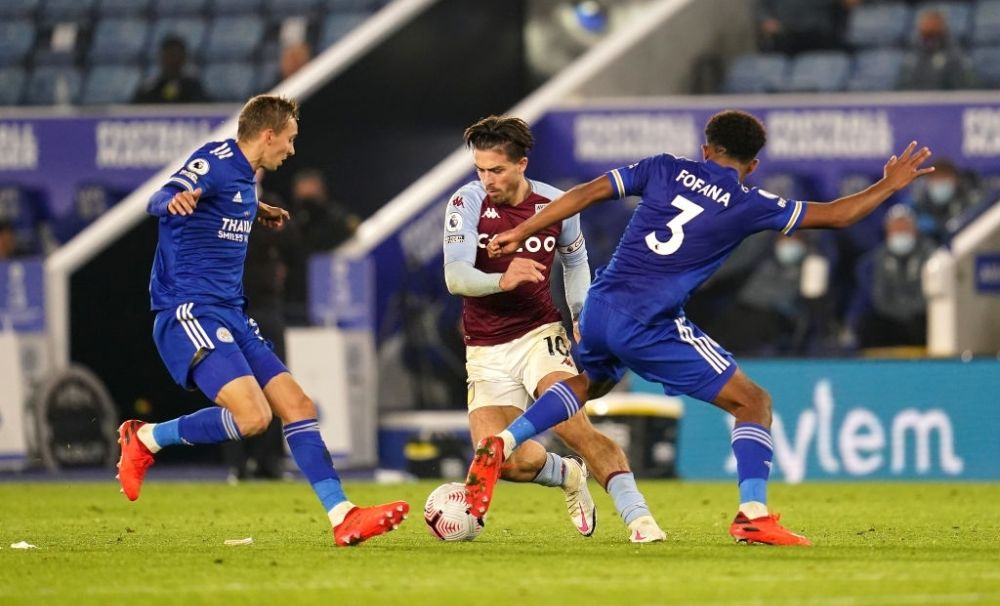 Given his performance, an international cap was mooted and despite initial hesitation, Gareth Southgate finally gave the Aston Villa man his England debut in September 2020.

In many ways, the England manager does not fully trust Grealish and many have opined that the lack of creativity currently facing the Three Lions can be rectified by the Aston Villa man.

What does the future hold for Jack Grealish?

Following his spectacular performances last season, many believed that that goal at the London Stadium would be his last in a Villa shirt and with just one year remaining on his contract, that would have been the perfect way to sign off from Villa Park.

Manchester United were the club most linked with Jack Grealish but ultimately, he elected to sign a new deal with his club that would see him remain with the side until 2025. 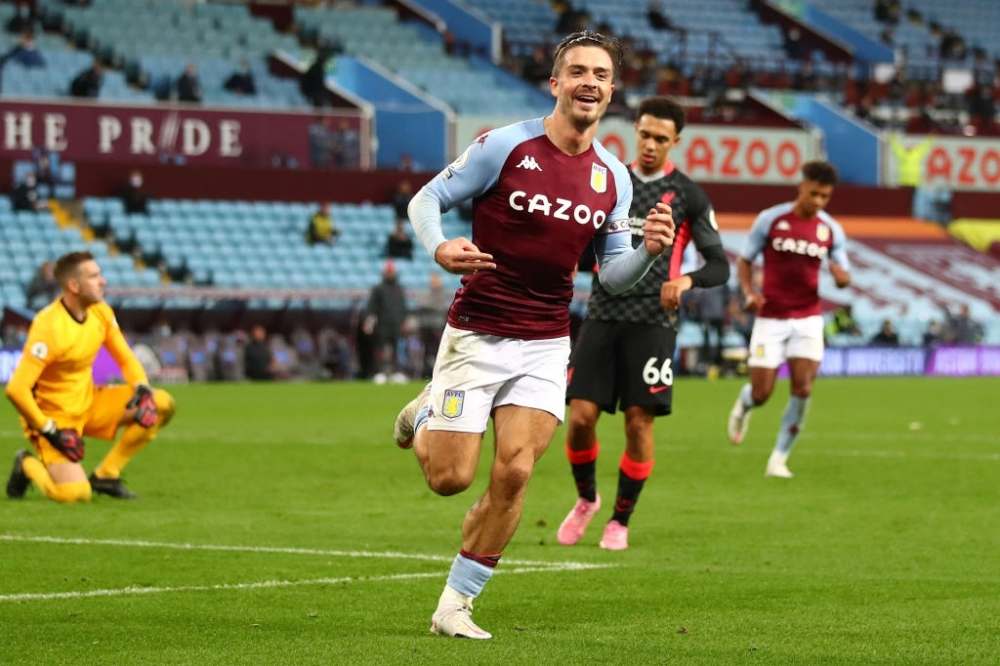 Jack Grealish was the mastermind behind the decimation of Liverpool

The Villains have augmented their squad impressively, with the highly-rated Ollie Watkins arriving from Brentford for a club-record fee, while Ross Barkley was also brought in on a season-long loan from Chelsea.

Aston Villa have started the campaign like a house on fire and expectedly, their captain has been leading the club’s charge up the table.

Dean Smith’s side are the only club in the Premier League with a 100% record and currently sit second on the standings, one point behind Everton.

Jack Grealish was the star of the show as Aston Villa ran riot and produced one of the biggest shocks in Premier League history when they decimated Liverpool 7-2 on matchday 4, while new boys Ross Barkley and Ollie Watkins have also settled in nicely.

It is too early too suggest that Aston Villa are ready to get back to their glory days of the 1980’s and fans would do well to tamper expectations, as the Premier League is still too topsy-turvy to make any accurate predictions.

Jack Grealish would be seeking to help the club climb as high up the table as possible and they could well follow the template of Leicester City and Wolves to become an emerging force in the Premier League. 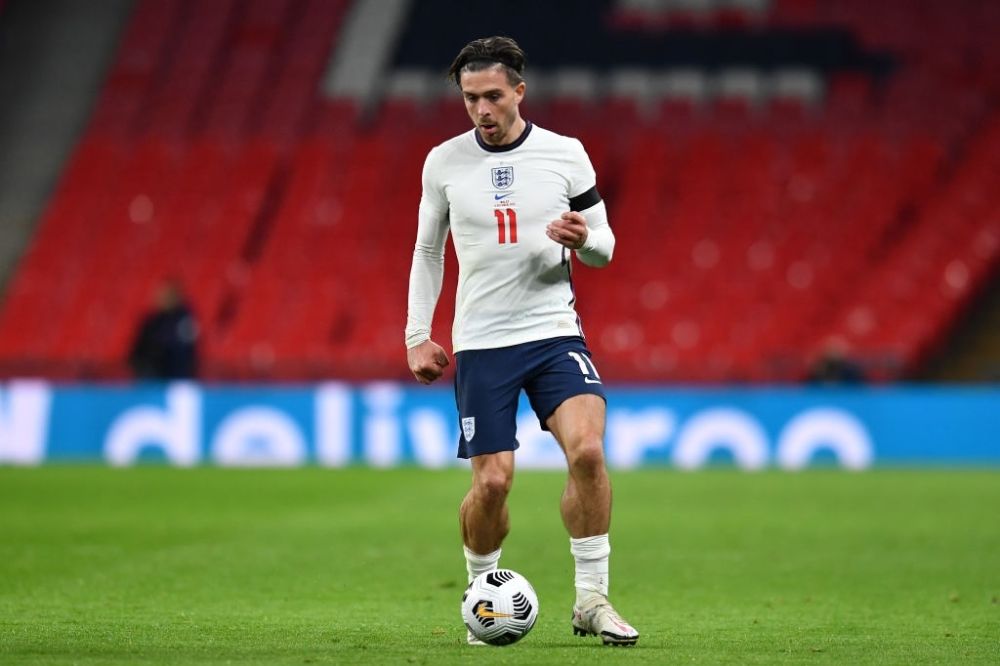 Grealish would be looking to become an England regular

On a personal level, with all due respect to Aston Villa, but his talents deserve a bigger club and if he continues with his trajectory, it is surely a matter of time before one of the top English sides come calling.

There is also the not-so-small matter of becoming an England regular and with the European Championship coming next year, the former Notts County man would be looking to cement his spot in Southgate’s starting lineup.

Paul Pogba “The Octopus”- Is the Frenchman worth all the hype ?
Thiago Silva: Can this ageing warrior bring on a long-lasting impact at Stamford bridge?