Top 10 Most Charitable Athletes in the World 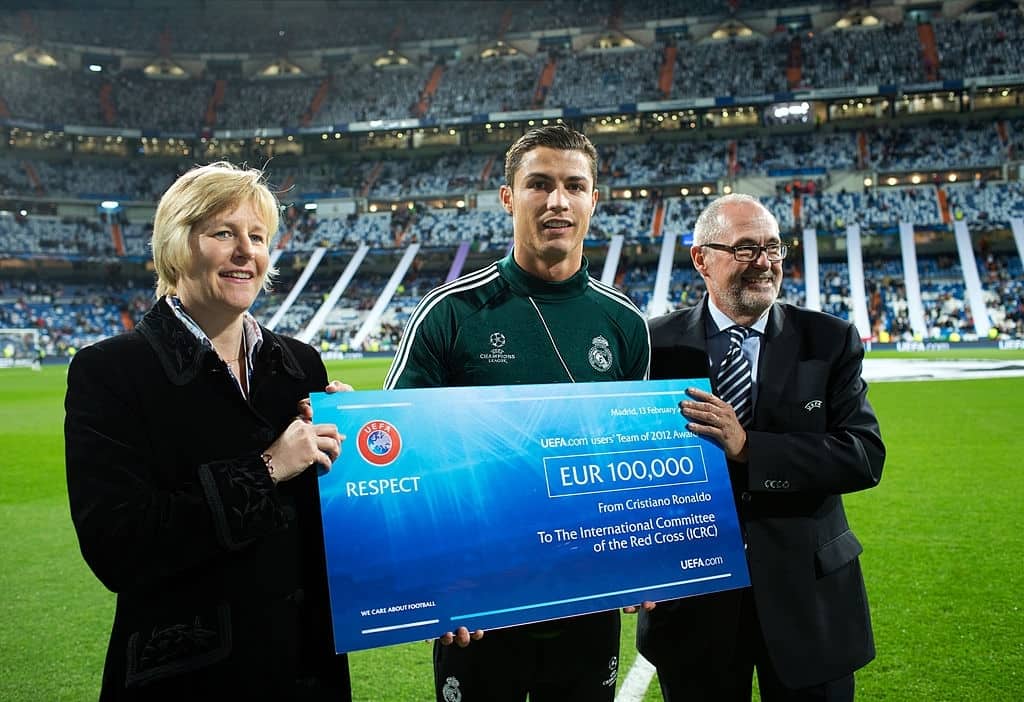 Sports personalities and professional athletes all over the world are amongst the highest earning individuals in the world. With some athletes earning well over a hundred million dollars per year to some having a massive net worth of two billion dollars, athletes usually tend to live a lavish and expensive lifestyle. In addition to that, almost every athlete gives back to society and helps the world via the means of charity and donations. 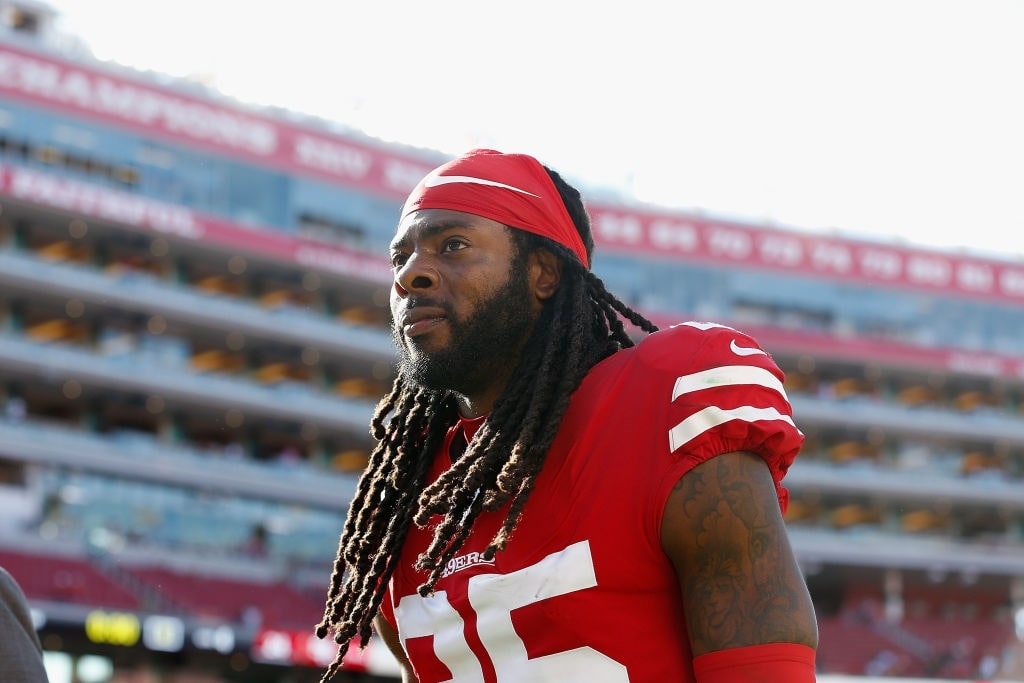 Richard Sherman is amongst the most charitable athletes in the NFL. In order to make a difference and to help the society, he established his own non-profit organization in 2013 called Blanket Coverage – The Richard Sherman Family Foundation.

The primary goal of this charity is to help children from low-income communities and provide them with essentials, school supplies, and clothing. The charity to date has helped raise thousands of dollars for their Nobel cause while Richard periodically donated his own money. 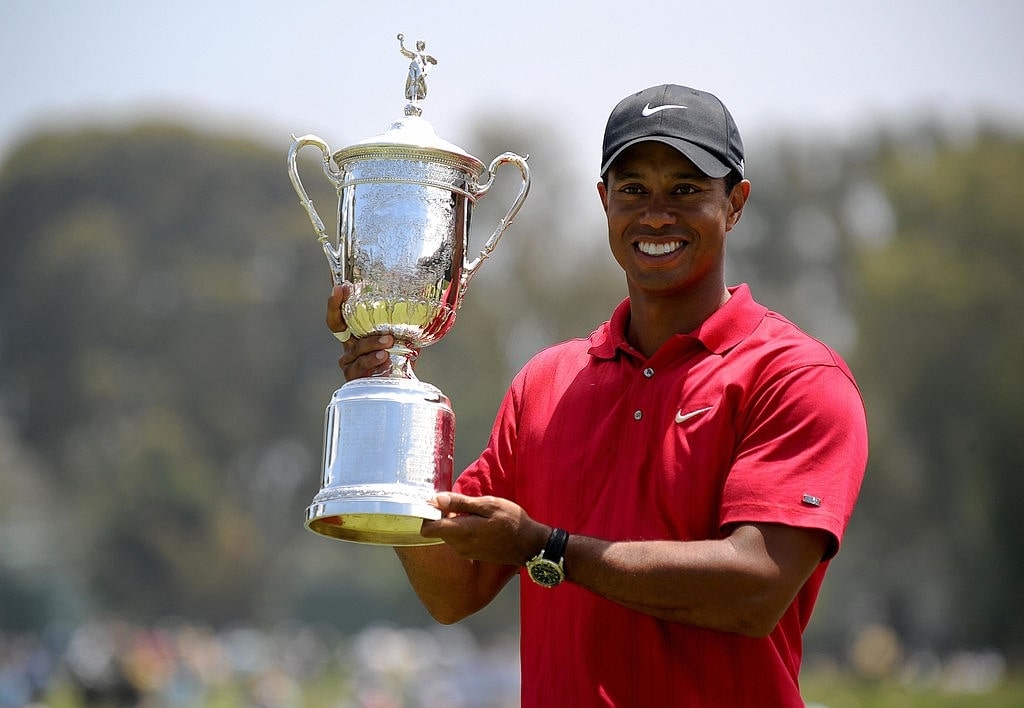 The only thing that can outshine Tiger Wood’s incredible career as a golf player, might be his active indulgement in the world of philanthrophy.

In order to give back to society, Woods alongside his father, Earl, established the Tiger Woods Foundation (TGR) Foundation in 1996 with the primary goal of providing college programs for the underprivileged youth and promoting golf side by side.

Ever since the foundation’s inception, it has helped raises thousands in not millions of dollars for multiple causes and other non-profit organization. Further, the foundation also spent a massive sum of $50 million to open the Tiger Woods Learning Facility to help underprivileged children.

In addition to the TGR Foundation, Woods also donates a huge sum of money to charities and foundations like the Boys & Girls Clubs of America, Rainforest Foundation Club, and Shriners Hospital for Children among several others. Furthermore, the golf veteran also supports and backs various causes like At-Risk/Disadvantaged Youths, Human Rights, and the Fight Against Cancer. 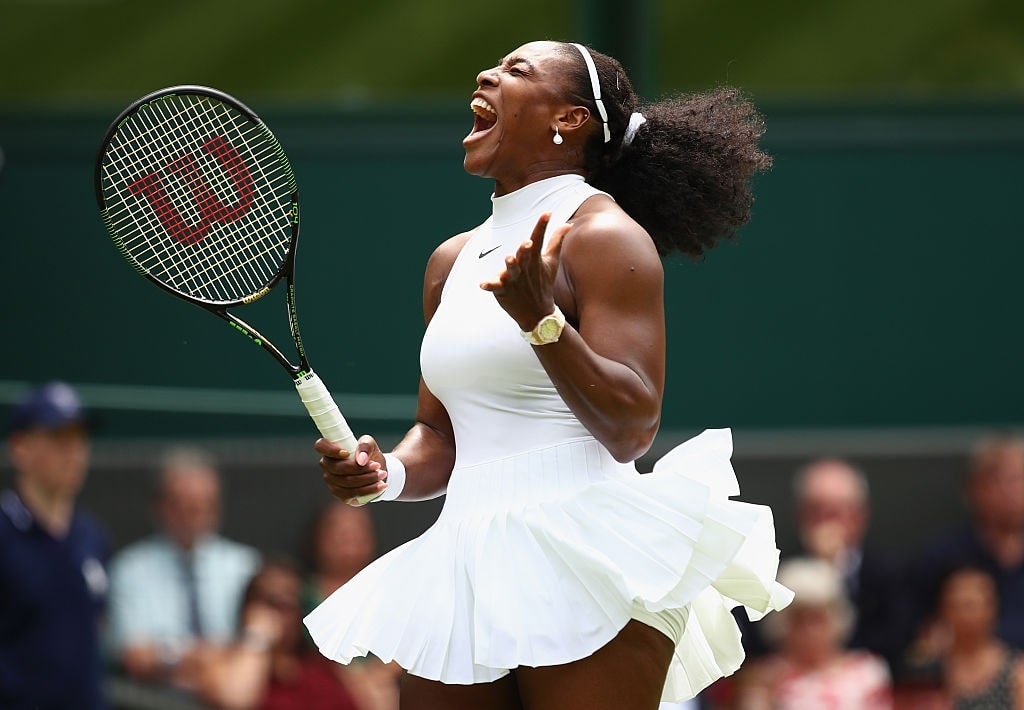 Serena Williams needs no introduction. Fans all over the world recognize the tennis player with ease for her poise on the court and for her immense charity works.

Williams is the Goodwill Ambassador of UNICEF with the goal of helping with education for children in Asia. Alongside that, her quest to help as many children as possible has led to her establishing the Serena Williams Foundation.

In 2017, Williams became the Ambassador for the Allstate Foundation’s Purple Purse project, a drive to give monetary strengthening to homegrown maltreatment victims. In a press release, Vicky Dinges, Allstate’s senior vice president of corporate responsibility, said, “we are thrilled to welcome Serena, a longtime advocate and role model for so many, to the Purple Purse family. Her voice will bring new audiences into this critical conversation.” 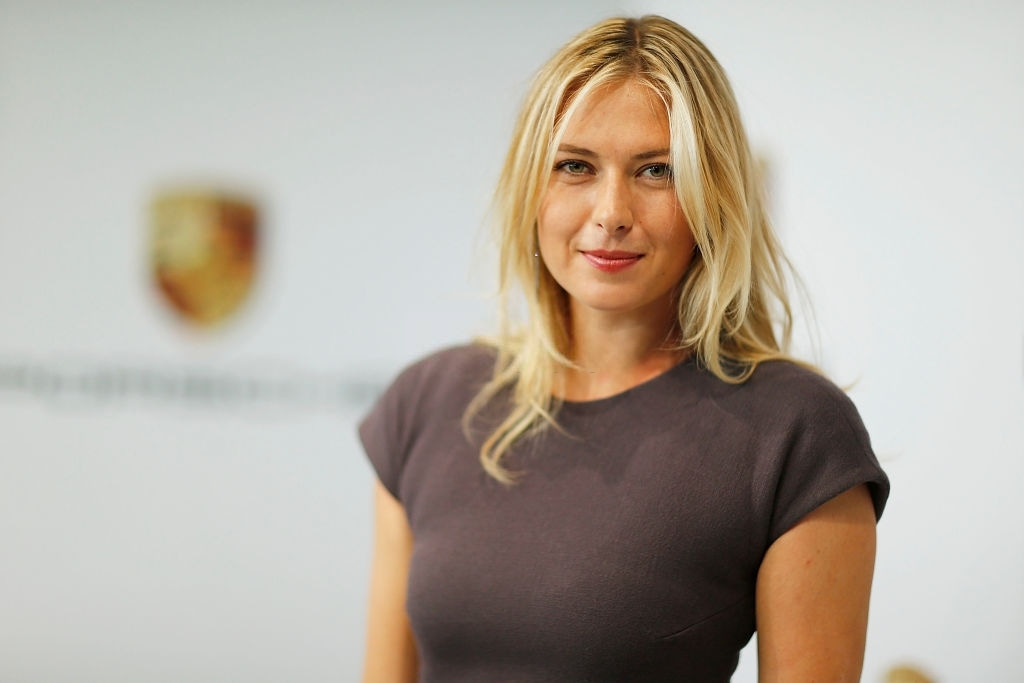 Just like the previous candidate, the thirty four year old Maria Sharapova has also turned a lot of heads due to her selfless acts of charity, making her one of the most charitable athletes in the world.

Her non-profit organization, the Maria Sharapova Foundation works towards helping children around the world to realize their dreams. The star athlete has made multiple donations in this regard, starting with a donation of $100,000 to Chernobyl related projects and various $210,000 scholarship programs in collaboration with the UNDP. The scholarship program would have awarded five year scholarships to twelve students to help change their lives.

Further, in 20015, the former tennis champion donated a massive sum of fifty thousand dollars to those affected by the Beslan school hostage crisis. Fast forward a few years, Sharapova was appointed as a Goodwill Ambassador for the United Nations Development Programme and made other massive donations to various causes.

Furthermore, the former tennis star player, alongside other tennis superstars participated in an exhibition In Tampa in December 2004, in order to help raise money for the Florida Hurricane Relief Fund.

Finally, Maria Sharapova has also been a constant support to various causes and other charities like the Golden Hat Foundation, Hero in Heels, Great Ormond Street Hospital, Global Fund, Wish Upon A Hero Foundation, and Variety – The Children’s Charity amongst several others.

To date, the veteran tennis player has donated over $3 million to various charities. 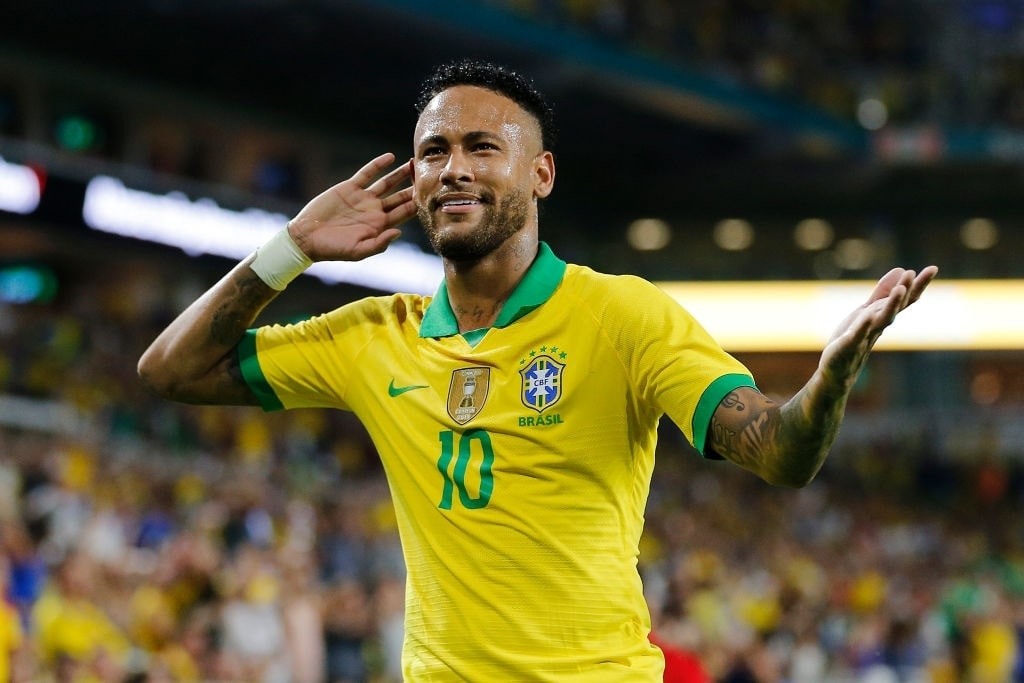 Football players like Neymar Jr., earn a lot of money annually, which enables them to give back to society. Apart from his insane dribbling and magical goal scoring abilities, Neymar is also very popular for his wide portfolio of charity work.

The soccer star has dedicated the majority of his philanthropic work towards aiding the not so fortunate communities in his motherland of Brazil. Working towards the betterment of more freshwater availability, he has contributed to Water, Sanitation, and Health (WASH) facilities.

In 2014, the world champion worked for hand in hand with Wave for Water to bring clean water to the local communities in Brazil. In April of last year, Neymar Jr., donated a massive sum of $950,000 to UNICEF and his current team, the Paris Saint Germain to assist in the coronavirus, covid-19 relief funds.

Finally, Neymar has also donated an estimated sum of $4-5 million to Global Goals, Quicksilver Foundation, and the UNICEF 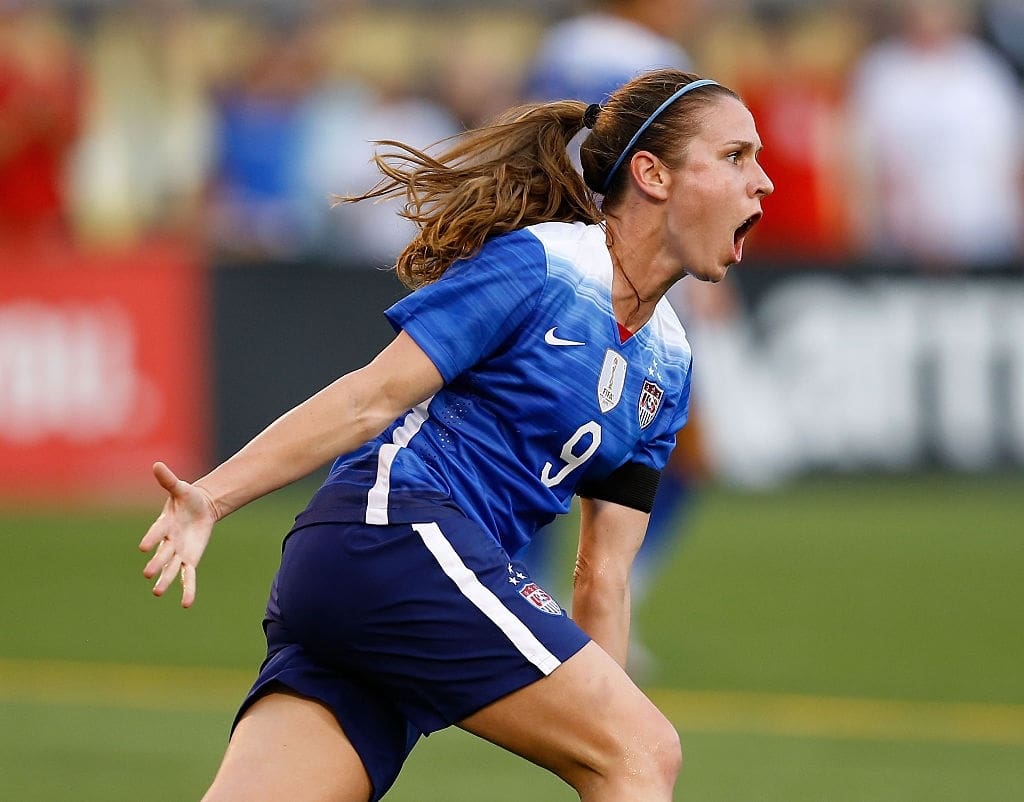 As famous as Heather O’Reilly is for her incredible game making abilities in the midfield position, her charitable deeds have turned heads all over the world as well.

The former star soccer player for the United States national team has been a very active member of the Women’s Sports Foundation which aims to help advance the lives of young women and girls through physical activities. Over the course of her career and even after she has retired, she continues donating a lot of money to the said foundation.

Heather also supports and backs non profit organizations and charities like teammates For Kids, Right To Play, and Athlete Ally. 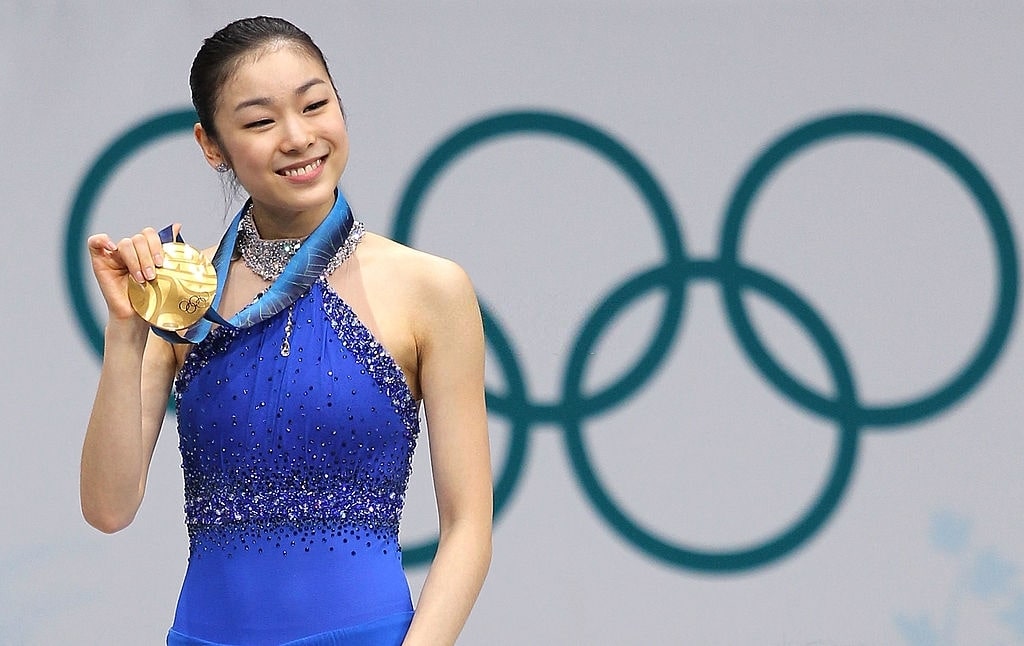 Yuna Kim is a former South Korean figure skater who had participated in the Olympics and several other competitions in the world and won several of them.  Apart from her graceful tricks on the ice, Yuna Kim is also one of the heaviest donators from the world of athletes.

The retired figure skater has been one of the goodwill ambassadors for UNICEF for a long time now. Over the years, she has donated over $5-10 million dollars to the non profit foundation and has helped change the lives of several people.  A significant donation made by the former champion is a massive amount of $830,000 to the Haiti earthquake relief funds.

Finally, Yuna Kim also supports and backs causes like Children, Health, Human Rights, Poverty, Slavery & Human Trafficking amongst several others. Her activeness in the philanthropic world has helped her to grow a massive amount of fan following. 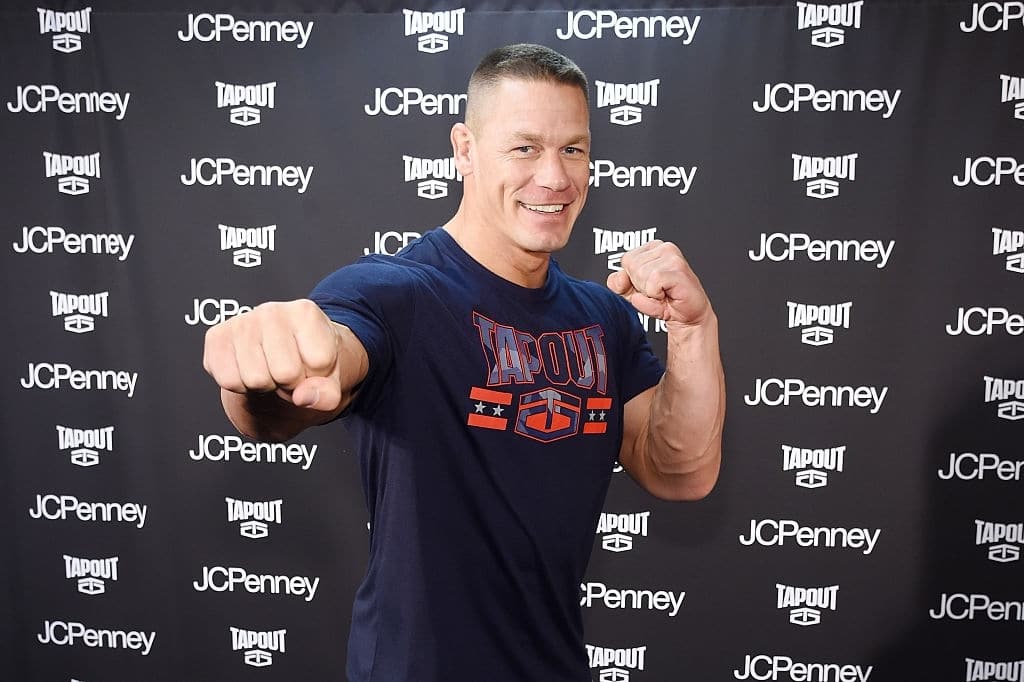 John Cena is undoubtedly one of the most recognized athletes in the world. The athlete is also a full time actor in the Hollywood industry and in the process has built a huge net worth, which he utilizes to give back to society. With John Cena, we enter into the top three on this list.

It comes as no surprise, that John Cena is an avid philanthropist. He supports many causes and charities and even runs his campaigns. John supports charities like Be A star, Rise Above Cancer, and most noticeably, the Make A Wish Foundation.

Apart from the money that John has personally donated to these various charities and causes, the tie-up between WWE and Make-A-Wish foundation has helped pave the way for him to help many more. In 2015, he became the only celebrity to have granted over five hundred wishes, and as of 2021, that count has skyrocketed to over six hundred and fifty wishes granted.

Further, John Cena has also shown support to the anti bullying campaign in America by wearing a black t-shirt with the captions, “Rise Above Hate” and in a similar manner wore a pink t-shirt that said, “ Rise Above Cancer” in partnership with the awareness of breast cancer. Finally, in June last year, John made a massive donation of a million US dollars to the notion of Black Lives Matter. 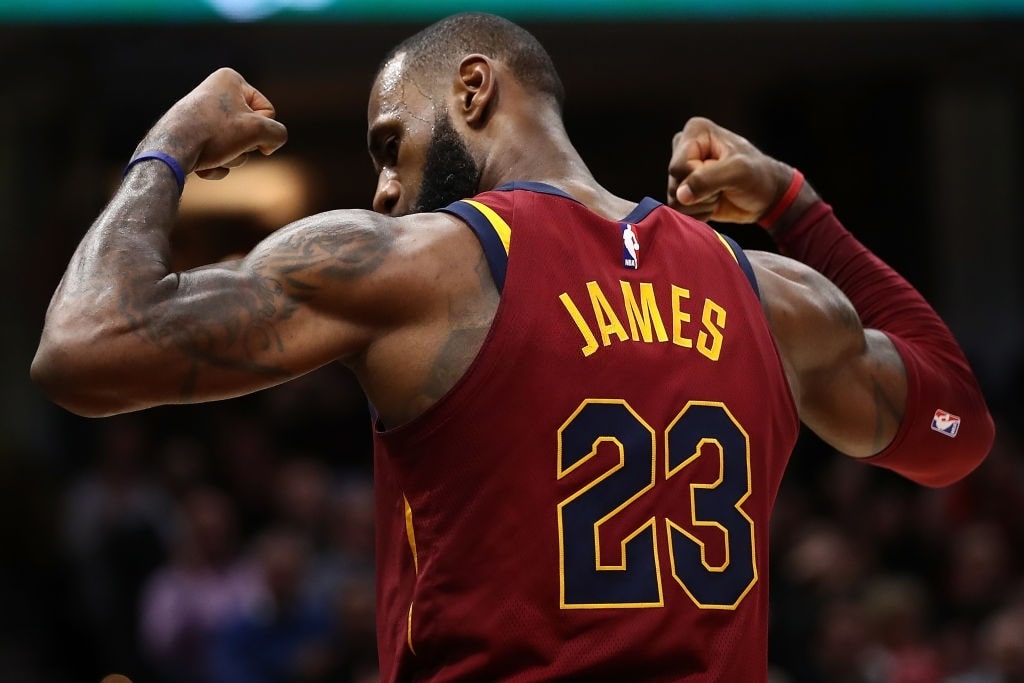 Arguably the best player of the current time, King James is the only active athlete who has earned the title of being a billionaire.

The star basketball player has used his hard earned money, for some incredible charity works over the years. He founded the LeBron James Family Foundation as a way to help society and indulge in charitable deeds. This nonprofit organization has invested over $20 million in public elementary schools and provides a massive sum of one million dollars a year to help pay for teachers’ salaries. The establishment is specifically aimed at helping children at risk and, the underprivileged.

King James’ foundation has also been a supporter of the Boys and Girls Club of America, to whom he donated a massive sum of $2.5 million in 2010. Further, the star player is also a major contributor to ONExONE and the Children’s Defense Fund, both of whom provide food, water, care, and education to children in America and abroad. 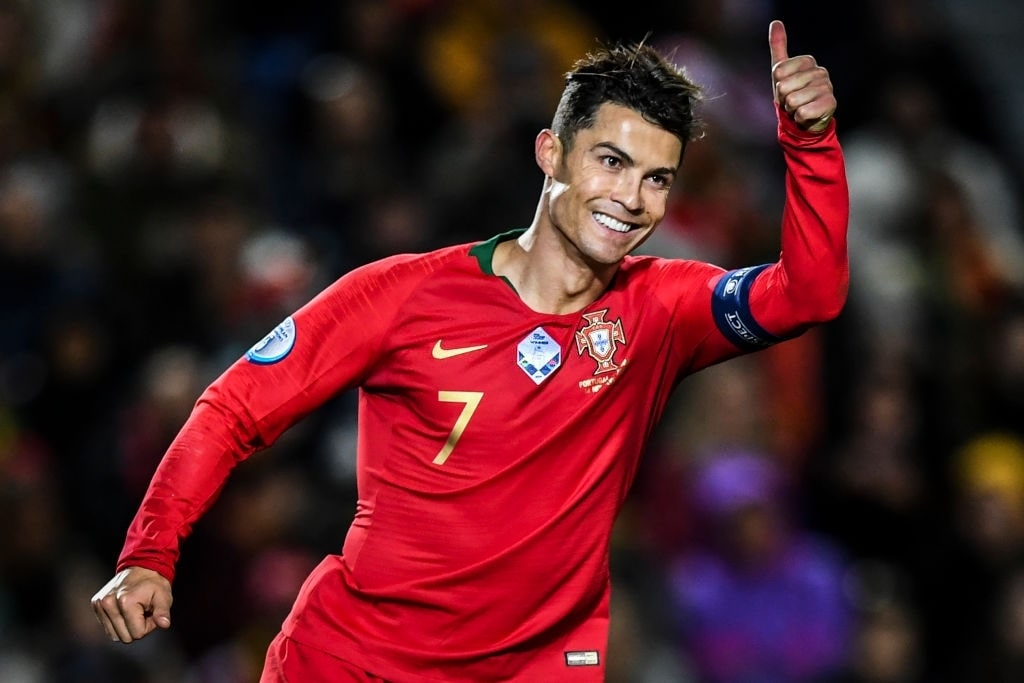 Widely regarded as the most entertaining footballers to watch, CR7 is a sensation in the world of charity and philanthropy. The star player spares no expenses to help people in need, making him the greatest charitable athlete in the world.

Ronaldo was named the world’s most charitable athlete in 2015 after contributing a massive sum of 5 million euros to the relief effort after the earthquake in Nepal which killed over eight thousand people. In the following year, the Portuguese player donated the entirety of his 600,000 euros Champions League bonus after Real Madrid won the 2015–16 UEFA Champions League.

Similar to all these donations, Ronaldo has personally reached out to various people and children in need and has done everything in his power to better their lives. He has helped several cancer patients with the cost of chemo treatment and in several other ways. Over the course of his philanthropic work, Cristiano has spent over 20 million euros to help the underprivilaged.