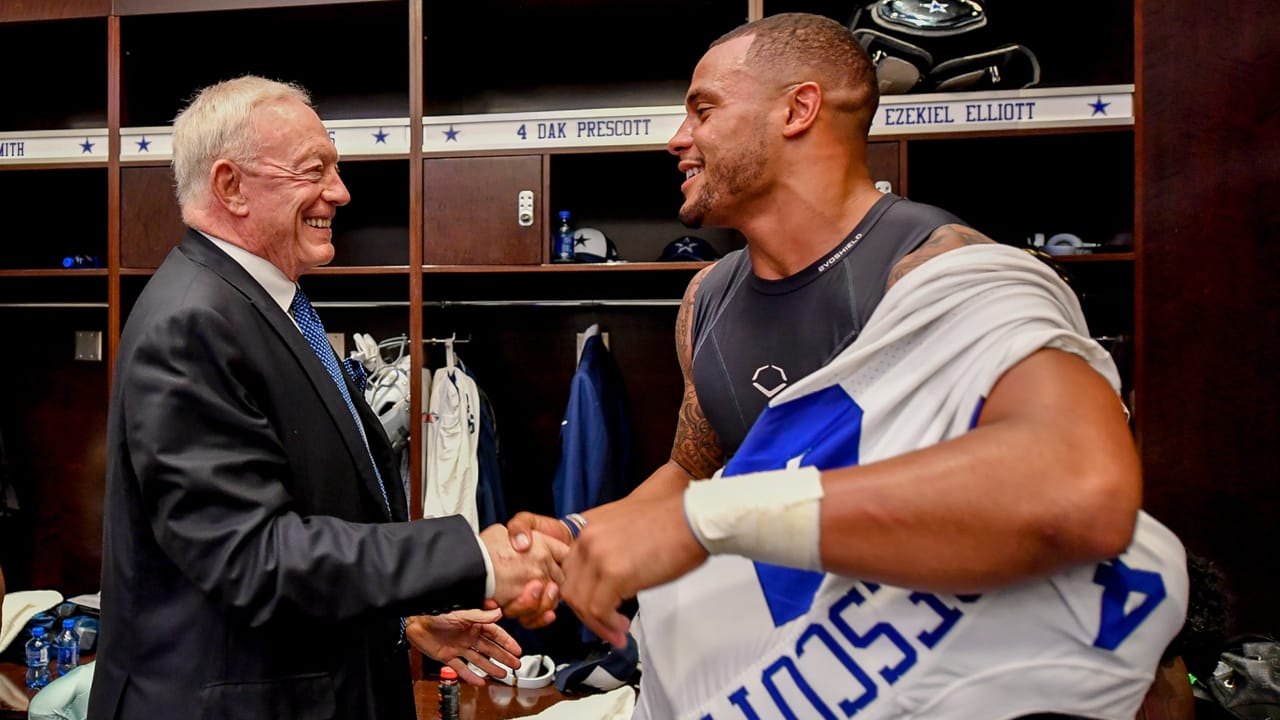 Apart from 2020 NFL results and stats, another thing that is coming into the limelight is the commitment between Jerry Jones and Dak Prescott about continuing the contract with the Cowboys. Both of them were involved in lengthy contract extension talks where the fourth-year quarterback was offered a multi-million four-year contract extension by owner Jerry Jones.

Though Dak was not so sure to continue the fourth year of the contract with the same team, in the end, Prescott agreed to play the 2020 NFL season on a franchise tag worth $31.4 million.

Jones’s comment on Dak Prescott about continuing their contract

“I was just so sorry for the circumstances. This is one that you can mend, come back, and be as good as gold. We’ve got to be reminded that to have a team, we’ve got to really manage how we dole out our resources. Dak is deserving of anything that you want to put on a piece of paper, relatively speaking. He’s deserving of that. If you evaluate what he can do to help us win championships, you can see that it’s there. Plus, he’s a leader at the premier leader spot. We’ve got to make it work. So what am I saying? I’m saying exactly the same thing I said the last time I was asked about this before the season started. This is part of the game, the business, and the contract part,”- so this was Jones’s reply on Dak Prescott about continuing the contract with the Cowboys

Dak was brilliant for the Cowboys over the last four weeks. During the time when Prescott was available, Jones noted that as a quarterback, his rushing attempts were very neat and there are a lot of tactics to look up to.

Immediately after Prescott’s injury, many of his NFL officials expressed their condolences and expressed their confusion on social media. But Jones being a very committed and strict coach still adheres to his decision. Here, Stephen A. Smith and Max Kellerman threw a different light on this commitment issue and draws different pros and cons about it.

But for now, we can only hope the early recovery of Prescott to join the team!

Alex Smith returning to field after a long gruesome break
Baker Mayfield or Lamar Jackson: Who Will be Under Pressure in Coming Week?