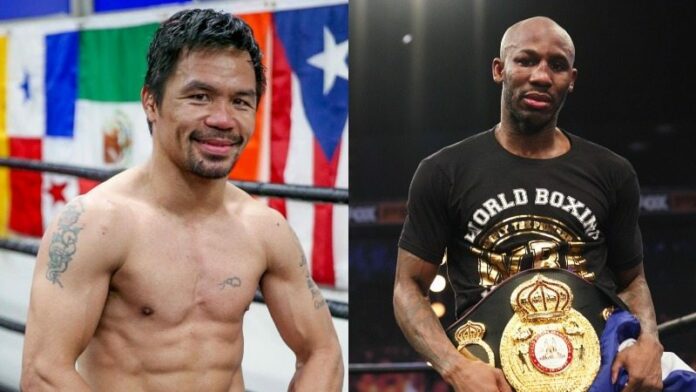 Manny Pacquiao will face Yordenis Ugas on August 21 at Las Vegas, dubbed ‘The Show Must Go On’ after the Ugas was replaced in Errol Spence Jr’s place. The name Pacquiao means history, and we have recently experienced his marvelous win against Keith Thurman in 2019. 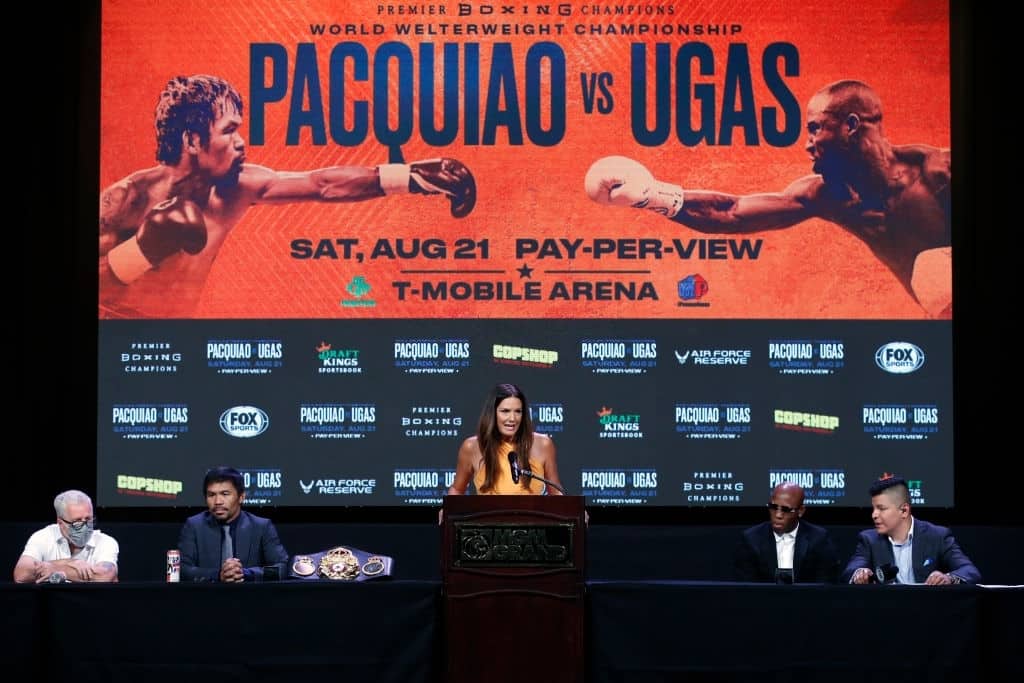 Pacquiao is one of the greatest ring star in boxing history. So, a massive amount of purses is normal. The 42-year-old legend is expected to earn a guaranteed $5 million, while the total payout could be approximately $25 million.

However, the total purse depends on the PPV sales. So, this could be more or less $25 million. But this amount is not higher than what Pacquiao used to earn in his young and prime days. For your information, PacMan took home a $10 million guaranteed money in his last fight against Keith Thurman. So, earning $5 million guaranteed is not bad even in this world pandemic.

Further, it is assumed that Pacquiao will earn more than $25 million from the PPV shares as this fight could be his last fight. But this is not confirmed yet. If it is true, the fans will surely be looking forward to enjoying the last clash. Hence, the organizers can expect a surge in PPV sales.

On the other hand, Yordenis Ugas’ payout is yet to be confirmed, hence it is not revealed yet. But, if we consider his previous fights’ purses and payouts, he will also take home a hefty amount of money.

Why did Errol Spence Jr Step Down?

Welterweight champion Errol Spence Jr has faced a retinal tear in his left eye, which forced him to withdraw from the fight. Organizers announced it on August 11.

In the PBC statement, Spence said: “I’m very disappointed that I won’t be able to fight Manny Pacquiao on August 21. I was excited about the fight and the event. Unfortunately, the doctors found a tear in my left eye and said I needed to get surgery on it ASAP.”

Manny Pacquiao will compete with Yordenis Ugas for the WBA (Super) Welterweight championship at T-Mobile Arena on 21 August after both of them dramatically losing their opponent. Pacquiao’s opponent, Errol Spence Jr was removed from the fight due to an eye injury while Ugas lost his opponent suffering an injury and stayed out to the co-main event bout. Pacquiao plans to retain his legacy while Ugas intends to set up his legacy through the chance of fighting boxing’s GOAT.

Manny Pacquiao was out of fighting for two years as he is seeing his ending, he is a significant favorite for the bout. He was very phenomenal in his last three fights against Keith Thurman, Adrien Broner and Lucas Matthysse, while his opponent Ugas has a stellar amateur background.

However, a lot of speculation is going on about the bout and circulating only one question that matters: who is likely to win after ending all the spec? If you are looking to bet on the bout and are confused enough, you can make yourself relax by playing betting-related games such as online sportsbooks. To offer you the best chance possible, online betting platforms like betrivers can provide the best results for the job with live game analysis and future prognosis..

Manny Pacquiao lost the bout and Yordenis Ugas is still the WBA welterweight champion. After 12 round competitive fight Ugas retained his belt by unanimous decision  at T-Mobile Arena in Las Vegas.

What is the PPV price for Pacquiao vs Ugas bout?

After Errol Spence Jr withdrew his name for the Manny Pacquiao fight due to an eye injury, it was thought the pay-per-view rates would cut-off. But the 12 round bout between, Pacquiao vs Ugas, pay-per-view prices haven’t been changed despite the WBC and IBF champion’s absence, will remain the same at $74.99 which was set for the earlier stage for Pacquiao’s title bid against Spence.

You might think, why the fight ppv price is still high after the drama of removing Errol Spence Jr. Manny Pacquiao’s presence in the ring after a long time perhaps forced to be set at the high pay-per-view rates. Another reason could be, this might be the last fight for the ‘Pacman’ as he is expected to compete for the presidential election, currently serving as a senator in the Philippines. However, the former eight-division world champion’s appearance in the ring another time can be seen if he knocks out Ugas. 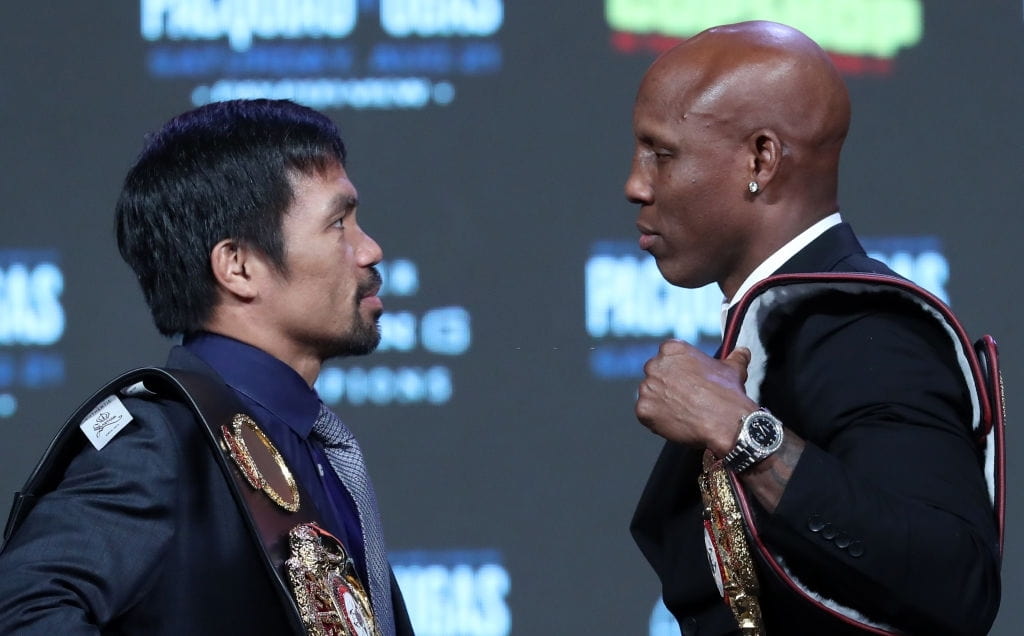