WWE Real or Fake? Let’s Explore the Unknown Facts Rolling Inside the Ring 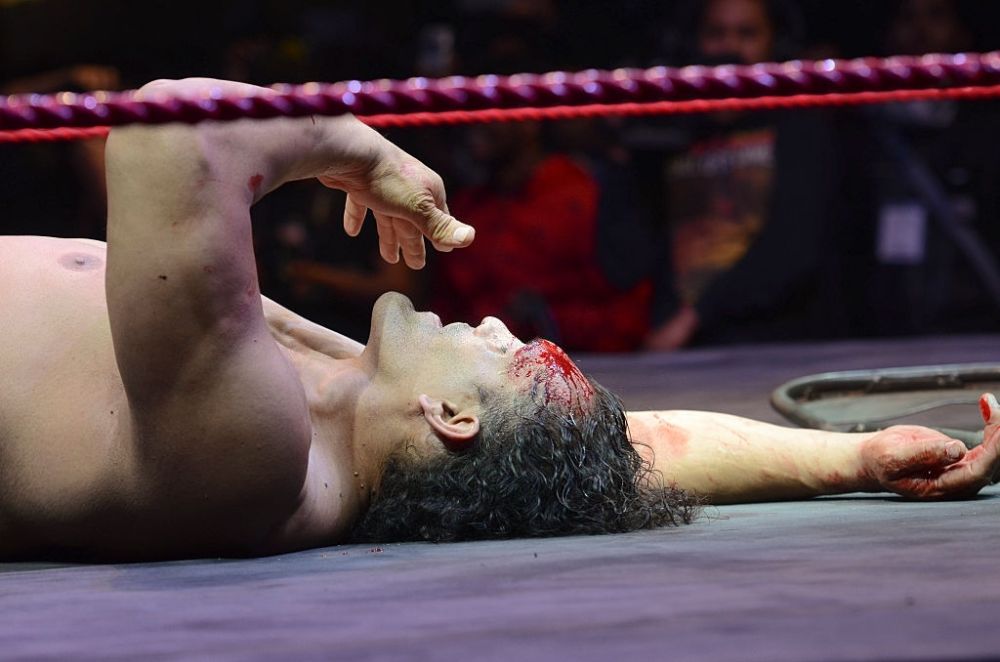 We all love to watch all those serious fights on WWE, but have you ever heard about fake WWE?

Probably not, as it is named as WWE only. And ‘FAKE’ is not included in it. It is a mystery to some people whether WWE is fake or real! In my childhood, I was a big fan of WWE (then WWF), never missed an episode. Still, I am a fan too.

However, most of us don’t know yet about some real facts about WWE. So, in this article, I bring out some facts on WWE that are not a myth.

Is WWE fake or real?

The straight answer is YES! WWE is fake. But, depending on the situation, you may say it REAL! So, anyone can debate that. However, supporters have their own opinion about WWE being fake or real.

I gave you a straight answer, but it should not be like that. The answer is complicated when you want to consider facts and some other stuff.

First of all, World Wrestling Entertainment stands for WWE, and they are branded as “sports entertainment,” not as pro-wrestling. So, you can easily assume that it is only for entertainment purposes. Besides, Vince McMahon, the CEO of WWE, admitted that it is fake! He admitted to the Supreme court in the 1990s; it is because to pay fewer taxes and get more levy. McMahon explained WWE as a form of entertainment, and it is not a real sport. For a moment, I may feel I have been living in a lie. However, if I consider some other things, I can tell myself it was not a lie.

Let’s put my words together to support WWE is real.

Although the outcomes of fights are predetermined, jumping from the corner, breaking the table and chairs are not fake. You cannot fake a jump. All the wrestlers are highly skilled and trained to perform like that.

Just like a TV serial WWE is scripted, fights are also scripted, but the bruises, blood are real. However, no one can deny they do entertain us; wrestlers are real-life stuntman who stunts live in front of our eyes.

The flow of scripts in wrestling

Although professional wrestlers don’t want it to be called FAKE, it is more like predetermined entertainment. Wrestling was performed in carnivals in the 1920s, where wrestlers had seen travel together. Since they were not enemies, there is no reason to hurt each other. But, with the widespread popularity and media coverage, it came to people’s knowledge in the 1980s as fake.

According to some experts, you cannot say wrestling is fake; you should call it scripted. However, professional wrestling follows ‘Kayfabe’ for entertainment purposes.

This term is used in professional wrestling, which means rendering a staged event as real or true. In other words, even though everything is predetermined but has to be looked real.

It also supports the non-wrestling aspect to promote WWE events such as storylines, feuds, backstage drama, and many more. On the other hand, breaking Kayfabe is punishable.

This is how WWE has been plotting the stage and entertaining the audiences for years, pretending to be true.

Do wrestlers get hurt in fake WWE?

Since everything is predetermined and staged, do the WWE wrestlers get hurt? It hurts, but everything they do is to minimize the damage. To entertain the audience, wrestlers hit each other, crash to the mat, but they do it with maximum possible safety.

Despite taking all the safety measures, injuries happen too. Like other sports, injuries in WWE are also inevitable. May WWE stars had to leave their career behind due to injuries. For example, I can recall Stone Cold Steve Austin and Edge. Besides, some injuries are a part of the storyline.

Sometimes, predetermined injuries may go wrong; for instance, Joey Mercury had broken his nose due to the wrong ladder spot. According to the script, the ladder was supposed to hit the hands, but it went wrong and hit his nose, which results in a broken nose. It affected his eyesight. So, it is a legitimate injury, which establishes the fact that wrestlers get hurt too.

To what extent is WWE real?

You see, the wrestlers hammered each other that are real. You see, blood comes out from their naked body that is real. The ladder shots, chair shots, or ever body drops all are real, and they are part of the game.

The Final Wrap up

Except for the scripted part, WWE is not all fake. However, wrestlers rehearsed the lines before a fight.

On the other hand, wrestlers do not try to hurt each other, but they entertain the fans. The injures, risk, and fatigues are 100 percent real. So, when someone tries to convince yourself about WWE being fake, hopefully, you will remember what I have mentioned in this article. Shut their mouth about fake WWE.

Wrestlers are real-life stuntmen who put themselves at risk to entertain us, and I do respect that.