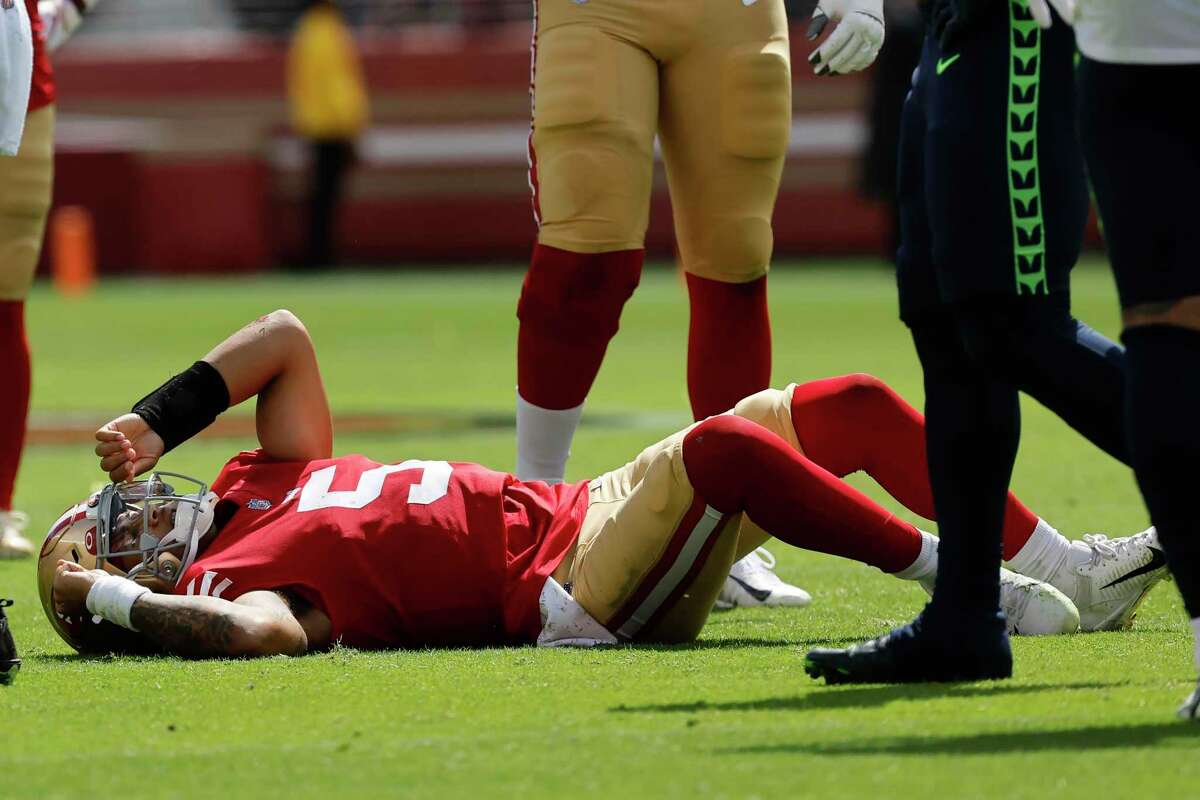 After a disastrous defeat against the Chicago Bears, quarterback Trey Lance and the San Francisco 49ers started Week 2 of the 2022 season under a lot of pressure. The rookie signal-caller for the team didn’t perform well in that game. His anguish increased when he sustained an unfortunate injury that could finish his season.

During Sunday’s 27-7 victory over the Seattle Seahawks, Lance injured his right ankle with 2:20 remaining in the opening quarter. With Lance out, backup Jimmy Garoppolo took over at quarterback duties and finished the game as a substitute. The injury was acknowledged by the coach, Kyle Shanahan, who also announced that Lance would undergo season-ending surgery on Monday.

“It’s always tough, especially when it’s a big one like that,” Shanahan said. “You feel for someone so bad. It’s sad but you don’t have time to sit there and think about it. You’ve got to get right back to the game, and the guys did a real good job of that. I’m really happy about the win, but it’s a little somber once you get in the locker room.”

After spending a large portion of the summer hinting that Garoppolo’s time in San Francisco was about to end, the team was either unable to locate enough money in a trade or was concerned about not having backup behind Lance. However, Shanahan recently stated that the Niners might still be open to trading Garoppolo even after renegotiating his contract to bring him back as Lance’s backup.

In his own terms, Garoppolo stated that he didn’t anticipate returning to the 49ers shortly after signing his revised contract. “[Returning] really wasn’t on my mind, to be completely honest,” Garoppolo told reporters.

“I was training out here and had to be here, so I was here for that reason …. felt very confident out there, and I knew that I was ready to roll. I just need to figure out where it was. And things kind of fell into place these last couple days.”