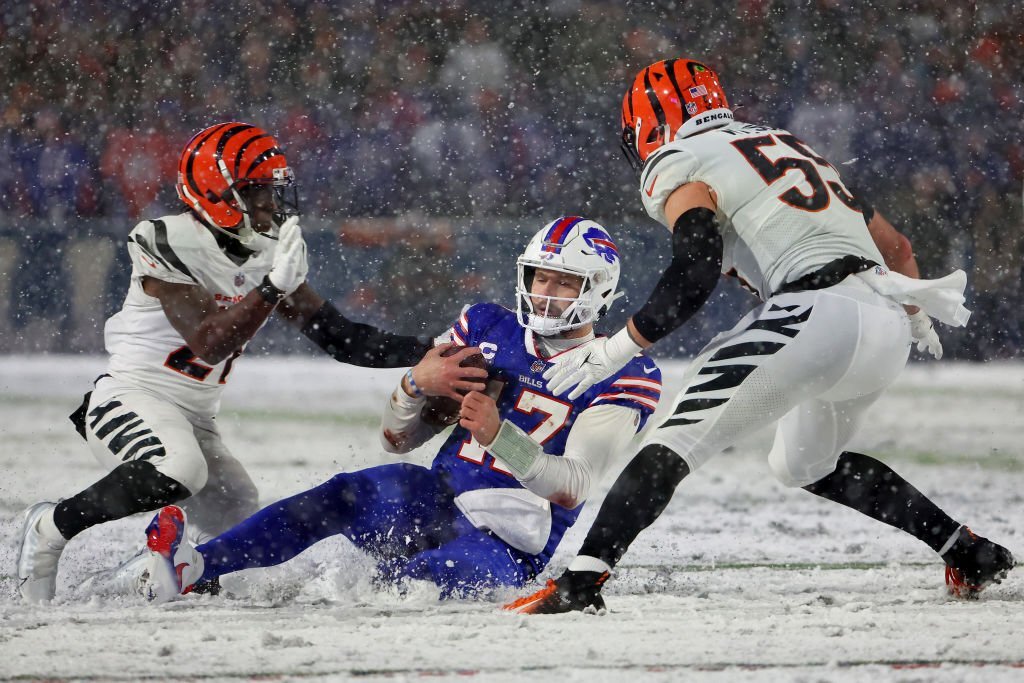 Every day the NFL universe is expecting an amazing match in the arena. Sometimes, fans always raise their voice over the unusual decision on the field. On Sunday, the NFL world couldn’t hold the temperature amid the match between the Bills and the Bengals.

The Bengals seemed to convert on a crucial third-and-goal chance with 1:55 remaining in the first half of Sunday’s AFC divisional stage clash with the Bills. On the field, quarterback Joe Burrow threw a touchdown when he connected with diving wideout Ja’Marr Chase in the back of the end zone.

But the NFL review authorities subsequently changed their minds, claiming that Chase lost control of the ball at some point during the reception. When Cincinnati was faced with a fourth-and-goal, they called on kicker Evan McPherson for a 28-yard field goal, which they made.

After yet another high-profile game with a contentious catch judgment, NFL observers and commentators responded with outrage, disbelief, and uncertainty.

Catch or no catch? 🤔

For others, the league’s decline may be traced back to the stricter catch regulations.

In every universe where football is played, that's a TD. The NFL is just absurd. They're just dying to take dynamic plays out of football. Good for the Bills, bad for the sport

Particularly contentious was the fact that new information appeared to be sufficient to reverse the call made on the field.

There was no way for the official who made the touchdown call to see the ball, so it's not his fault

If the refs could say "uh, I dunno" and send it up to a sky judge to make the call, I could see that being incomplete

But clear evidence to overturn the call on the field?

I don't know if that was a catch or not. I do know that it wasn't obvious enough to overturn whatever the call on the field might be.

Simplify the catch rules. No two rulings ever feel the same.

NFL catch rules are absurd. "Even though it looked like he caught it, he hadn't accepted the ball into his heart. Therefore, incomplete."

Some other responses that stood out on social media were as follows:

My problem is… you can catch it, have two feet down, control it, but if it moves as you hit the ground… no catch. You place one inch of the ball over the line, and then fumble the ball, or never advance beyond that… touchdown.

Catch rules need to be different in the end zone.

When a player reaches the ball across the plane it's a TD, even if the ball is knocked away. It's not a fumble, it's a TD.

Chase caught the ball and possession of the ball in the end zone, that is a TD.pic.twitter.com/An3Ifrz4Ec